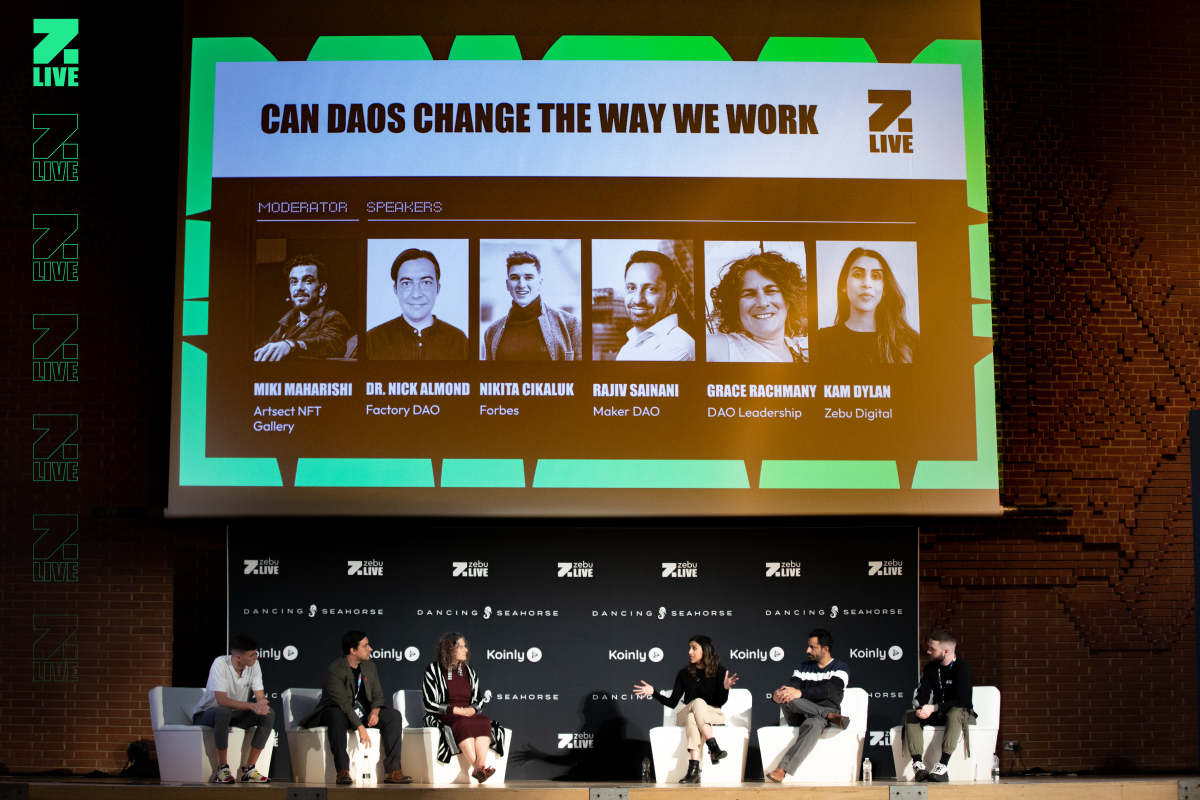 Over 2,000 members of the Web3 space congregated in London for two days at the Kensington Conference and Events centre on September 22nd-23rd, forging connections and sharing insights at London’s biggest Web3 conference - Zebu Live.

The leading Web3, blockchain, and crypto conference gave a platform to some of the industry’s most prolific pioneers who came together under the Web3 banner to share their voices through speeches, workshops, and panel discussions. Notable participants included politician Matt Hancock, serial entrepreneur and Thirdweb co-founder Stephen Bartlett, and future visionary 13 year old Benyamin Ahmed.

The in person and online conference took place across two days, with the first day panels showcasing NFTs, Metaverse, Gaming, DAOs, and Web3 Innovation, and day two focusing on crypto, DeFi, Web3 Adoption, regulation, and institutions. Among the plethora of talks and panels that took place, event highlights included a keynote speech from the Rt Hon Matt Hancock MP , and a fireside chat with Steven Bartlett, as well as spotlight presentations from leading projects and organisations such as Cudos, Tezos, and Dancing Seahorse.

In addition to headline sponsor Dancing Seahorse, Zebu Live saw sponsorship from key industry figures, including Koinly, Tezos and Algorand, whose participation allowed the event to achieve its success. Further sponsors include Near, Cudos, SparkWorld, Lens Protocol, Swapsicle, The Nemesis, Bolide, Thirdweb and over 50 more partners.

Zebu Live was an exhibit of prowess in the crypto world, and while there were many examples of talent and innovation at the event, the following are some of our top highlights!

The Queen was a supporter of crypto assets

Among the panellists and speakers who took centre stage, MP Matt Hancock provided considerable insight on the intersection between UK regulation and Web3 innovation. He stated that while he was not a crypto investor he thought Britain should become the home of crypto - noting in his speech that “the Queen was a supporter of crypto assets… She supported the British blockchain association.” In his impassioned speech, Matt Hancock brought up the importance of ensuring innovation in the UK does not remain stagnant, stating his intention to work with the UK’s Web3 community to help draft progressive legislation.

If it looks like a rock - it probably is a rock

British businessman, BBC Dragon, and the host of popular podcast The Diary of a CEO, Steven Bartlett captured the attention of those in attendance, with a fireside chat that informed, inspired, and captivated. The entrepreneur and TV personality brought up the need for change within the Web3 space - noting that “nobody is starting with the why” in reference to the way in which many products start off with a product without providing the reason for its existence. The memorable line “if it looks like a rock it probably is a rock” resonated with many in the audience, referencing the growing need for utility in the space, and the appetite for real-world functionality. Steven also commented on the specific need for Web3 in the industries where centralisation, a lack of transparency and a lack of verification are issues, adding “ I don’t think Web3 is going to eat up every industry, but there is going to be a real war against industries which have those problems.”

Benyamin Ahmed proved to be one of the more unique voices at the event, offering pearls of wisdom in his panel on Web3 Data and Analytics, with a maturity that extended beyond his 13 years of age. The young programmer,and creator of NFT collection Weird Whales, joined Matt Cheung, CEO of data analytics company ipushpull, and founder of student sponsorship programme Work in Fintech, to dissect the NFT market using a data first approach. Benyamin  demonstrated  how individuals can use onchain data and analytics to surface investment signals, perform due diligence and track the behaviour of market participants. Benyamin’s final words in his presentation drove home a powerful final message; “My dad has worked as a developer in financial markets for nearly twenty-five years. He often says that if crypto ONLY delivered on two promises: made the markets operate 24/7 without any downtime and made them more transparent as we have seen in today’s demo then it would revolutionise the economy.”

The afterparty of all afterparties

While the conference featureD more than 40 sessions on Web 3, DeFi, NFTs, the Metaverse, DAOs and GameFi, it wouldn’t be a Web3 conference without a series of networking events and parties. A 1920’s themed VIP dinner took place on Wednesday night prior to the opening day, and Decentralised led the afterparty on day 1 at Percy’s in Kensington. The official closing afterparty took place at the infamous Koko nightclub in Camden - headlined by DJ Madlib who took the partygoers into the early hours of the morning with his incredible set.

Zebu Live will be back…and better than ever

The final take away from Zebu Live came during the second day's closing speech, with the announcement that the Web3 conference would be back, better than ever, in its third iteration next year. The Zebu Live team announced that the third instalment of their flagship event will be taking place on October 5th and 6th 2023. Super early bird tickets are now on sale for the event which is set to feature more speakers and attendees and even greater events. 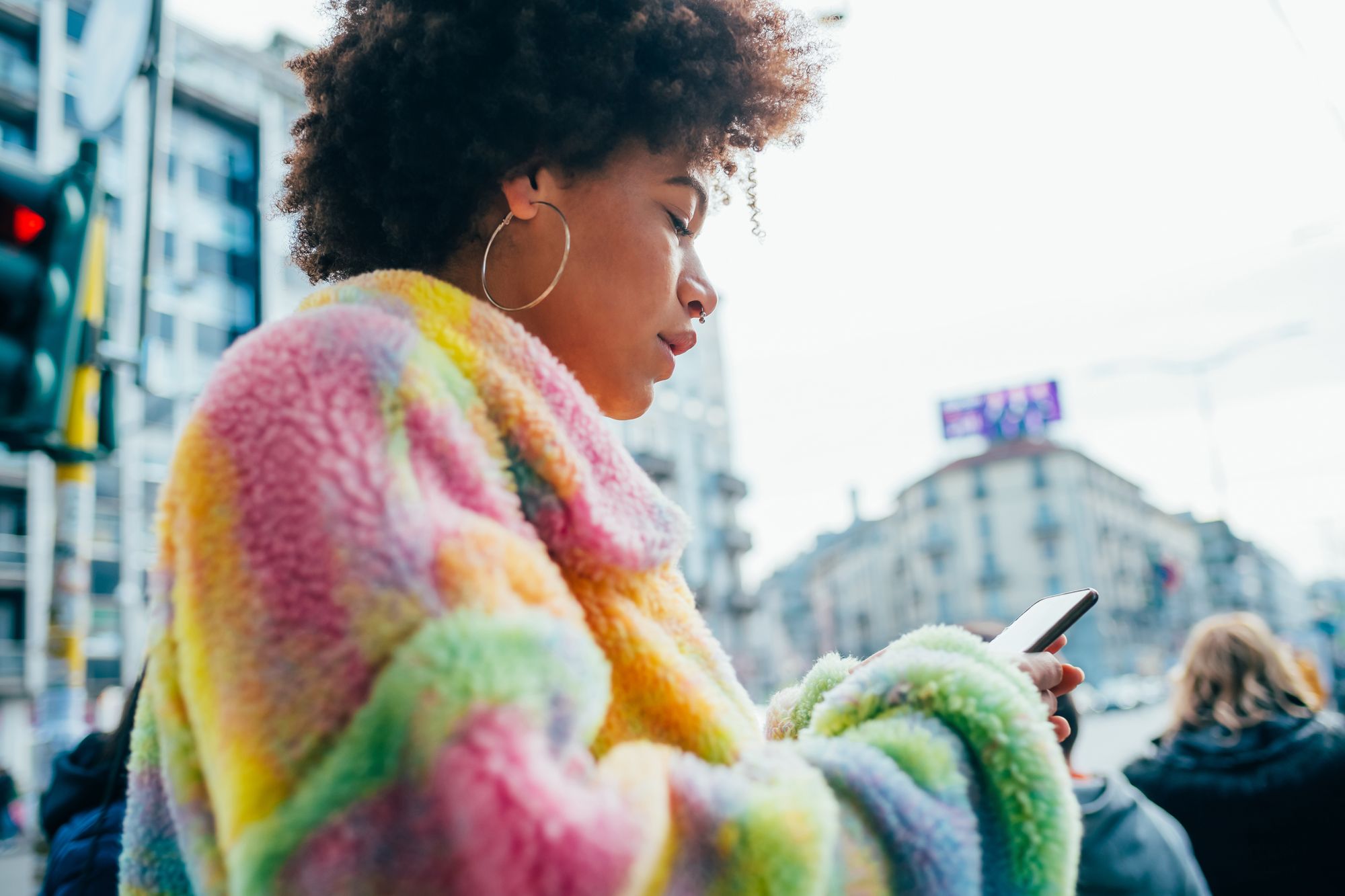 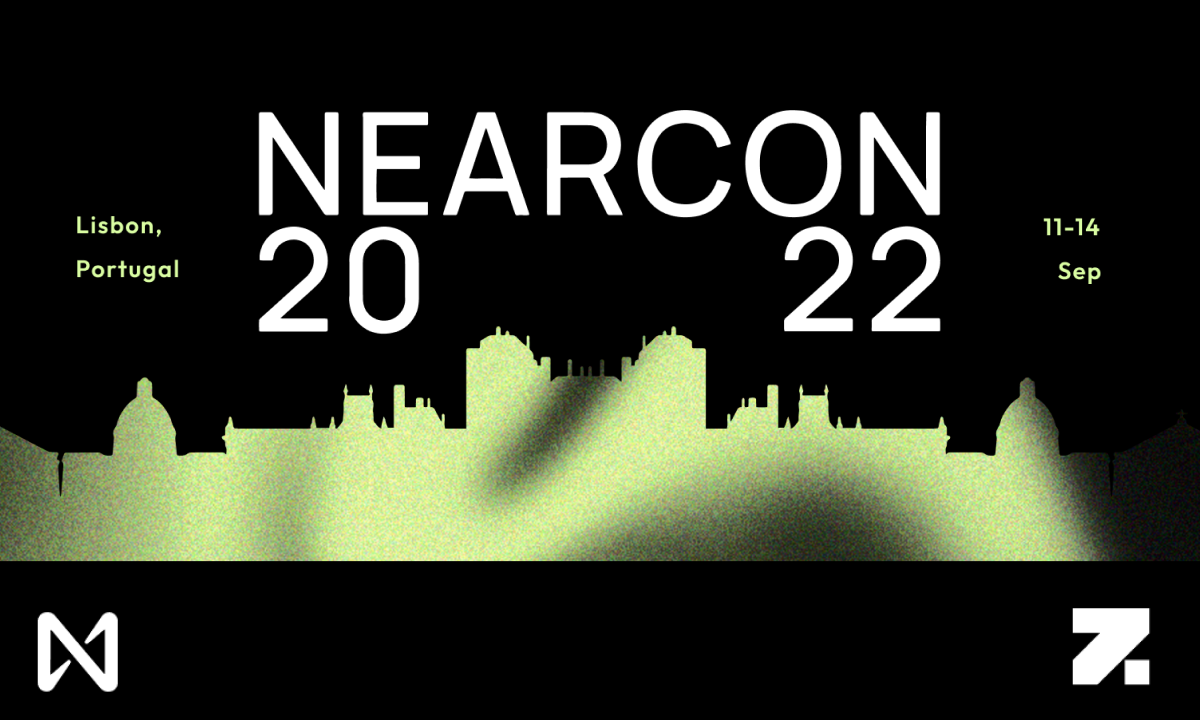 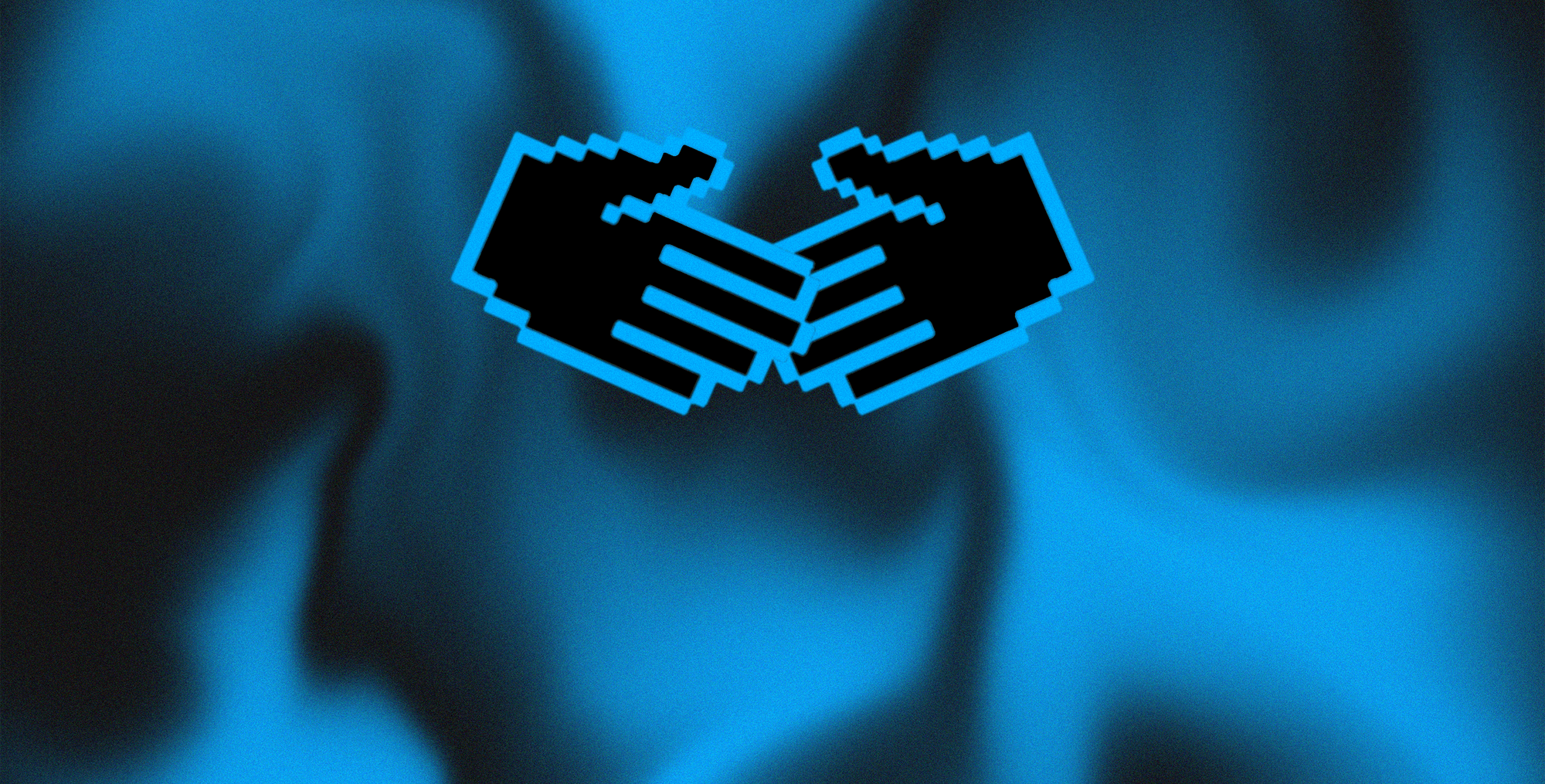 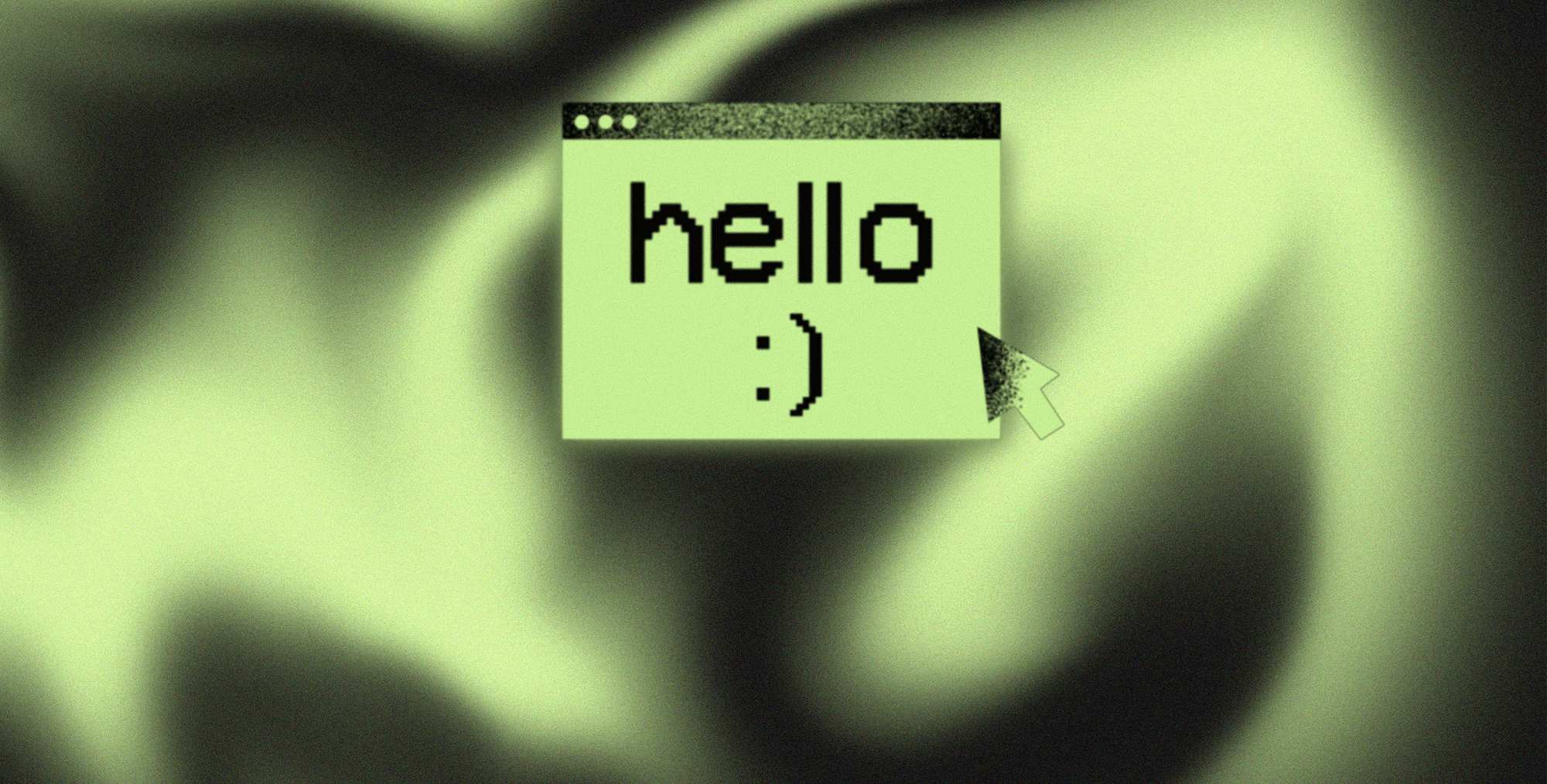